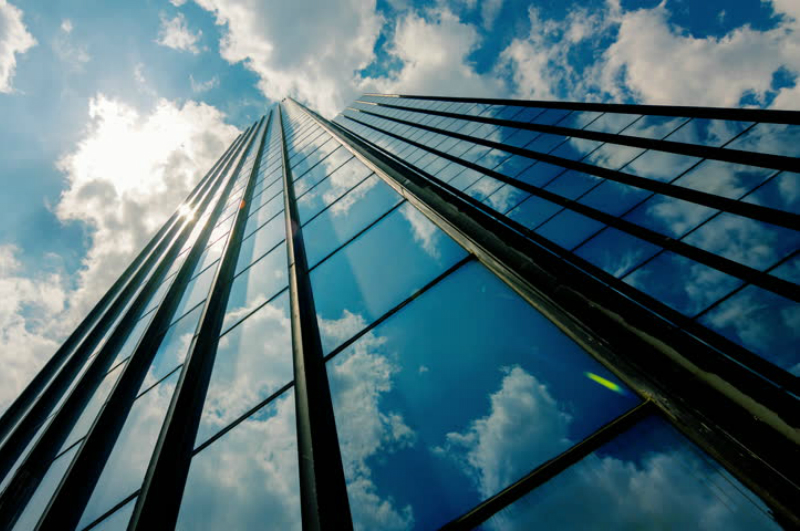 Semi-structural facades are understood as two types of facade systems: combined facades and cassette facades.
Combined facades, as the name implies, are a combination of structural and crossbar-rack systems. Verticals are executed in one system, and horizontals are executed in another. However, double-glazed windows will be structural in any case.
Combined facades are a very convenient solution for architects. They allow you to combine different ways of performing seams between Double-glazed windows, to achieve original design solutions. 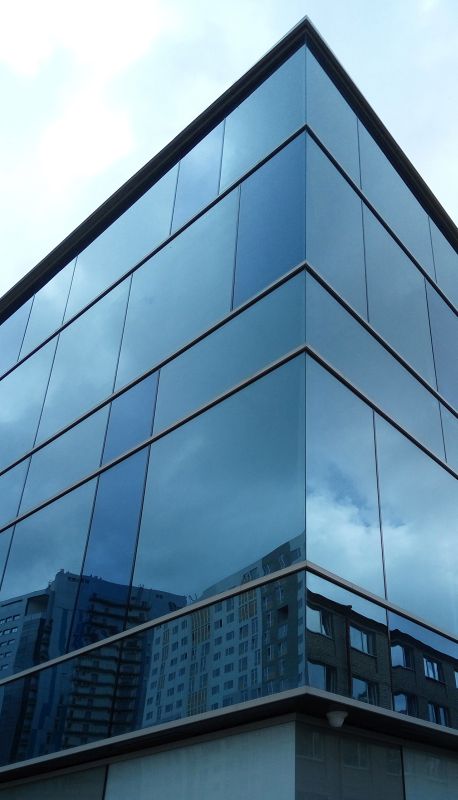 Cassette facades differ in a slightly different principle of fixing double-glazed windows. A design feature of such a facade is the presence of visible aluminum edges, which provide protection for the edge sections of the double-glazed unit. In such a facade system, structural double-glazed windows are used, and the distances between the packages (more precisely, between their metal frames) are filled with EPDM-a seal that simulates structural glazing.
In combined facades, thanks to the use of visible decorative covers, you can place accents in the facade drawing, emphasizing individual lines or entire zones. And due to the use of glass of different colors and shades at the same time, you can achieve an original facade pattern, thanks to which the building will effectively stand out.

Semi-structural facades are not intended for the production of inclined planes. The drainage system does not allow you to completely remove moisture that will accumulate on the inclined plane as a result of precipitation. Therefore, there is a high probability that such a design will start leaking over time.