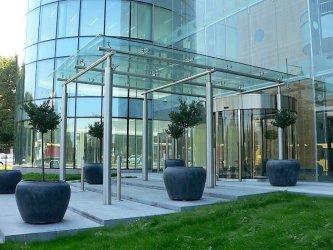 Spider systems can be safely called today the pinnacle of the evolution of facade systems. Their main difference is the absence of load - bearing frames between the glass segments, since their fastening is carried out using special devices - Spiders (From the English Spider-Spider). 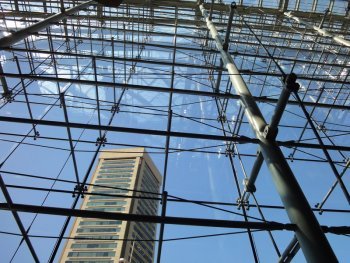 There are several ways to attach Spider facades to a building:
- on a specially prepared metal frame;
- on cable-stayed trusses (a system of specially stretched cables);
- to existing structures - floor slabs, columns and beams of the building (the most affordable option);
- on glass racks (glass stiffeners).
The latter option, despite its apparent lightness and fragility, in fact turns out to be almost the most reliable. And certainly the most unique in its transparency and lightness.

Tempered glass, or triplex, is used as glass segments in Spider facades. If you need a facade with thermal insulation, then structural double-glazed windows are used. Sealing joints between glass elements is performed using special sealants that are extremely resistant to all types of external influences, as well as to ultraviolet light. 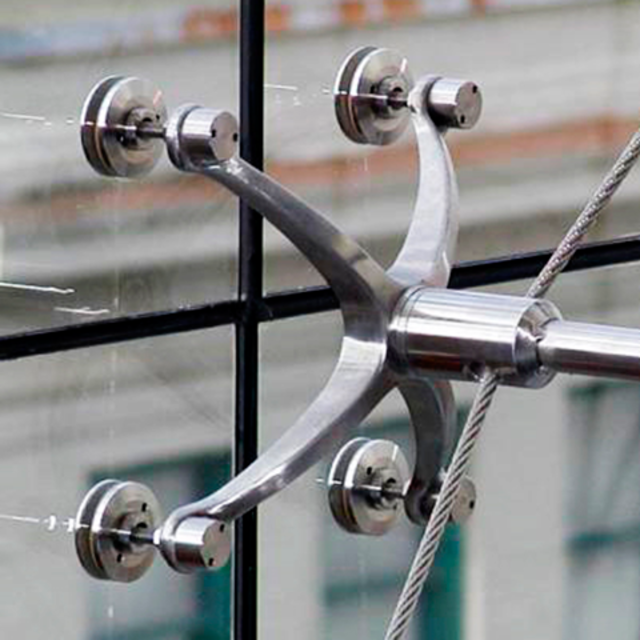 Despite their lightness and openwork, Spider facades are strong, durable and reliable structures. Exterior facades with double-glazed windows, thanks to careful sealing, also provide a high level of thermal insulation and protection from moisture.

Spider facades have a number of advantages. They allow you to replace massive and bulky buildings with elegant and light structures without losing strength and protective properties. As for lightness, minimizing load-bearing structures reduces the load on the building as a whole, and due to the features of fastening, it is evenly distributed throughout the facade structure. Spider systems have the highest transmittance of natural light, which contributes to a significant reduction in energy costs. In addition, Spider facades are very easy to repair - the damaged glass segment is dismantled and replaced with a new one. And given the fact that the main elements of such a facade are glass and Metal, their service life is almost unlimited.

Another interesting application option is the so-called Dual Skin systems , when a spider glazing structure is installed on top of the existing facade, forming an additional shell, as it were. Such a system improves the thermal protection properties of the facade and changes the architectural appearance of the building. In addition, spider structures are used for the construction of protective hoods over historical landmarks.